Making the list of all the vertebrates in the world, fish probably rank first with the most threatened and endangered members. Nationwide, 116 fish species are listed.

A fish that makes the federal list is in serious peril throughout its entire range. Our state has 43 fish listed–28 are threatened and 15 are endangered. Only one fish on the state list also appears on the federal list. It is the shortnose sturgeon.

In every case there are far more fish on these lists than mammals, birds, reptiles or amphibians. Unfortunately, it doesn’t end there. That’s because there is also a list of 11 candidate species. Candidate species have an uncertain future. They aren’t quite troubled enough to make the threatened and endangered list. But biologists and resource agency personnel are watching them closely.

All these numbers add up to a lot of fish. This fact is especially true when you consider that threatened, endangered and candidate fish make up 34 percent of the 159 species of fish that live in our state’s waters.

This statistic is alarming. And yet, these fish seem to get the least amount of the public’s attention. There are many reasons why a fish might become threatened or endangered. Habitat loss, habitat alteration, water pollution, overfishing, disease, predation and competition with introduced species are all factors. The main factors are almost always related to humans.

Some type of habitat loss or alteration and water pollution can be linked to just about every listed fish. To make things even worse, many of these fish have special needs or unique life cycle requirements. Most of them need very clean water and unsilted gravel bottoms to spawn in, like the darters. Some take many years to reach reproductive age, like the sturgeon. Others must migrate long distances to spawn, like the shad. Couple the human-caused maladies with the special needs of these fish and you have a sure recipe for making the list.

One way that humans have altered fish habitat is through dam construction. Dams are built for many reasons. They provide hydroelectricity, flood control and recreation. But they also have a detrimental effect on migratory fish. An example is the endangered hickory shad.

The hickory shad is an anadromous fish. It lives in the ocean, enters estuaries and then migrates into fresh water to spawn. It currently migrates up the Delaware in small numbers. It also once migrated up the Susquehanna River, but hydroelectric dams have impeded its migration since the late 1800s.

There is promise for the hickory shad in this river. It’s finding its way back to spawning grounds, along with the American shad. This is good news for anglers because the hickory shad is a great sportfish. It’s a strong fighter and can occasionally reach sizes up to 24 inches.

If you catch a hickory shad, you must remember to release it immediately. It’s illegal to keep or harm endangered or threatened fish. 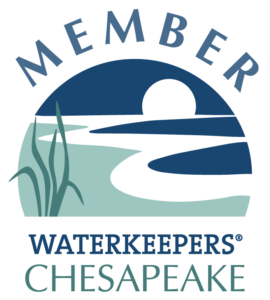