Keystone in the Media:

Bay Journal: Federal judge to fine PA poultry plant as ‘deterrent to others’ 2/24/21

On July 29, 2019 Lower Susquehanna Riverkeeper Association filed a citizen suit against Keystone Protein Company for its violations of the Clean Water Act (CWA) that are damaging the health of Susquehanna River and Chesapeake Bay ecosystems, and livelihoods that depend upon those ecosystems. Keystone has violated the nitrogen limits in its permit in every month since October 2014 by discharging over 350,000 pounds of nitrogen in excess of its permit limits.

Keystone operates a poultry rendering facility in Fredericksburg, PA that discharges into a tributary of Little Swatara Creek, which flows into the Susquehanna River. That river contributes nearly half of the nitrogen load flowing into the Chesapeake Bay.

The Pennsylvania Department of Environmental Protection has designated Keystone as a significant discharger of nitrogen to the Bay. Keystone’s plant has consistently violated the nitrogen limits in its permits that took effect in 2012 and 2017.

Our suit listed 100 permit violations since October 2014 for discharges in amounts that are mostly more than double the permit limits.  The permit limits we would be enforcing are technology-based limits that all dischargers in the meat and poultry products industry were required to meet in all permits issued after October 2004.

To meet the technology-based limits, Keystone should have built a new treatment plant.  Keystone has plans to build such a plan, and reportedly secured an $11 million loan in early 2018 to construct it but has continued to delay construction.  The plant would be capable of reducing nitrogen to levels far below the permit limits.

By delaying construction, Keystone has obtained a large economic benefit.  One of the main purposes of civil penalties is to level the playing field by forcing violators to disgorge the economic benefit that they have obtained and thereby remove their economic advantage over firms that complied with the law on time.

On February 18, 2021, the federal district court for the Middle District of Pennsylvania ruled that Keystone Protein Company’s poultry waste processing plant in Fredericksburg, PA violated its Clean Water Act discharge permit by discharging excessive amounts of nitrogen into a tributary of the Susquehanna River.

The court granted a motion by the Lower Susquehanna Riverkeeper and the Lower Susquehanna Riverkeeper Association and found that Keystone is liable for violating its daily maximum limit for nitrogen 288 times and its monthly average limit for nitrogen 73 times since October 2014. Keystone admitted that it has been in continuous noncompliance with its nitrogen limits since April 2012 because its wastewater treatment plant was not designed to meet, and therefore could not meet, the nitrogen limits.

“Keystone is a significant contributor to the nutrient loads that harm the Susquehanna River and impair water quality in the Chesapeake Bay,” said Ted Evgeniadis, who is the Riverkeeper for the Lower Susquehanna River. “Because of that impairment, EPA in 2012 imposed limits on nitrogen inputs to the Bay.

As the judge found, excessive nutrients like total nitrogen can feed the growth of algae and slime in downstream waters and create oxygen-depleted dead zones in the Bay. Keystone must now pay the price for shirking its responsibility to protect waters of the Commonwealth.”

“For over eight years, Keystone delayed installing needed equipment to remove excess nitrogen from its wastewater,” said Jim Hecker, Environmental Enforcement Director for Public Justice in Washington D.C, who is co-counsel in the case. “Keystone gained a large economic benefit from its delayed compliance, and we will ask the court to impose civil penalties which, at a minimum, recover that benefit.”

The next step will be for the court to set the case for trial on the civil penalty issue. In addition to Public Justice, Steve Harvey Law LLC in Philadelphia, PA is co-counsel for the Riverkeeper and the Association. 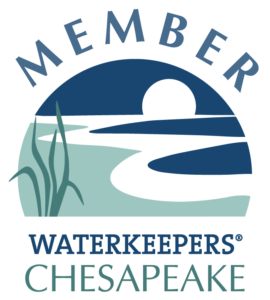